My Dad is an avid reader of sporting literature. He has heard all about the trials and tribulations of chasing the imported, red-legged bird in steep country.  Last January, when I proposed a trip west, he declined, citing his bad knees and the fact that father time had promoted him recently to age 67, without his permission.

This December, at 68, he thought it was time to give the Devil Birds a shot.  It didn't take a lot of encouraging.  Heck, he shot an elk on public land the Friday of Thanksgiving.  We left town that morning and had the entire elk back in his garage by 6PM.  As in packed out. On our backs. In quarters.  So, his fitness level wasn't a problem.  In fact, he is in better upland shape than a lot of my 43-year-old peers.  Being stubborn and Scandinavian doesn't hurt.

He had a lot of questions as we started planning this adventure.  20 gauge or 12 gauge? Double or auto? 7 1/2 shot or 6?  Valid questions from a veteran wingshooter. All I could suggest was to go with the gun he carried all autumn (20 gauge double) combined with his heavy reloads of an ounce and an eighth of 7 1/2 shot, followed by an ounce and an eight of sixes in his second barrel.

Friday morning found us doing what he expected to do.  Taking off a layer, as we toiled uphill, breaking a modest sweat, despite the temps being below freezing.  Thirty minutes later, Dad was a chukar hunter.  His big boy Blue was on point on the next ridge east of me.  I sat down on a rock and watched everything unfold.  A covey rose, I saw two birds fall and then heard the muted shots a couple of seconds later.  Not a bad start.

We made the most of our beautiful December day, making two long walks so I could swap setter dogs at lunch.  Dad and I ended up with a nice mix of Huns and chukars, good dog work from canine veterans and decent shooting.  The second day we awoke to fresh snow, which changed the game slightly.  We slipped and fell a few times, each putting a new ding in our walnut stocks.  The birds were still there, not afraid to take us uphill, where the snow was even deeper.

Dad and I had a long ride home to reflect on the glorious sport of chukar hunting.  We both wondered out loud how many years we had in the field, whether or not all three dogs would be able to hunt the rough country next fall and what we would do differently next trip.  Discussed chukar hunting compared to other species. Pheasants? Love 'em, but not as sexy right now. Ruffed grouse?  Still king, but only chukars can rival ruffs for public land access.

Dad introduced me to grouse and woodcock hunting 30 years ago.  Now I finally got the chance to return the favor. I bet he joins me next trip as well. 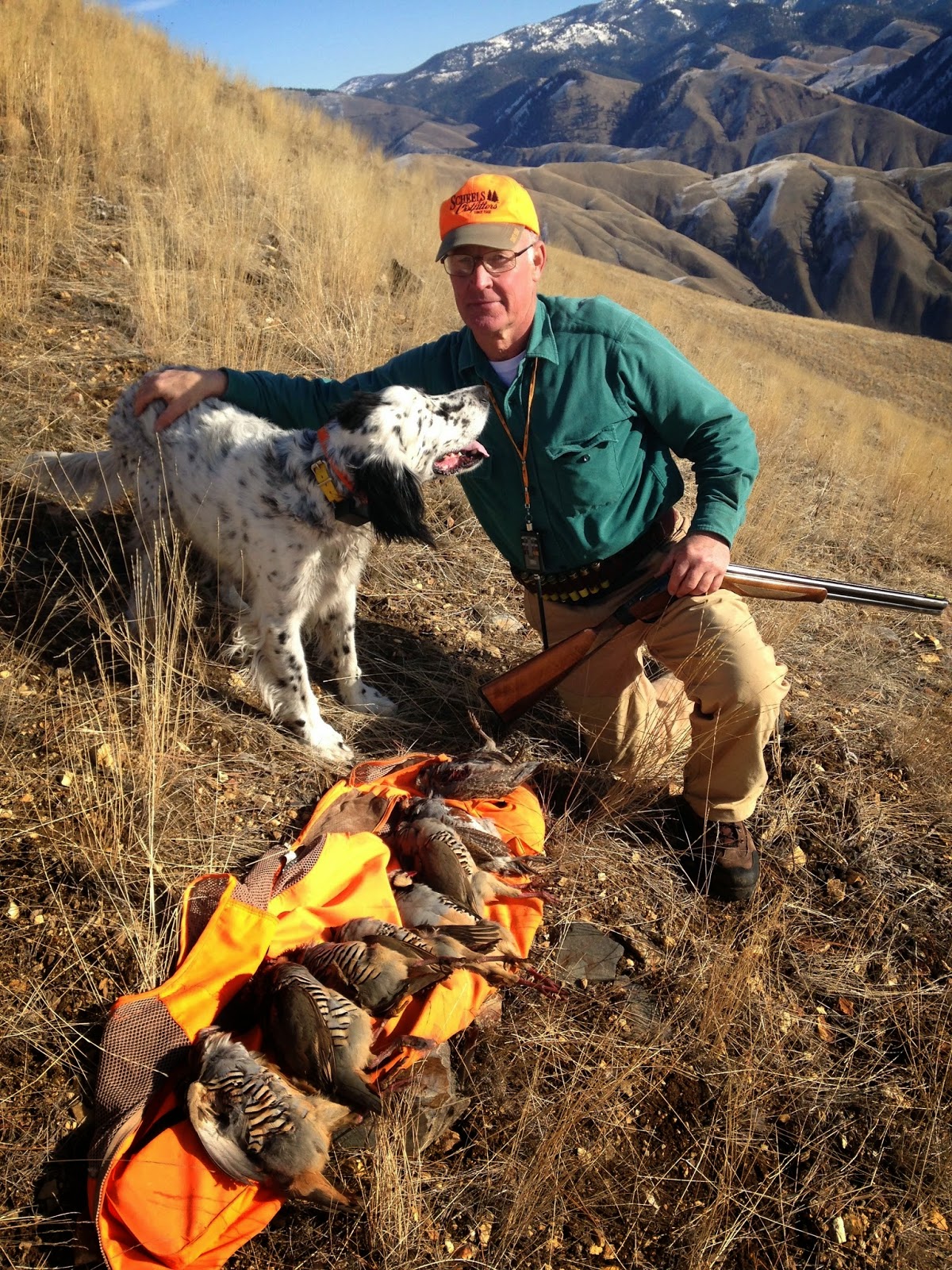 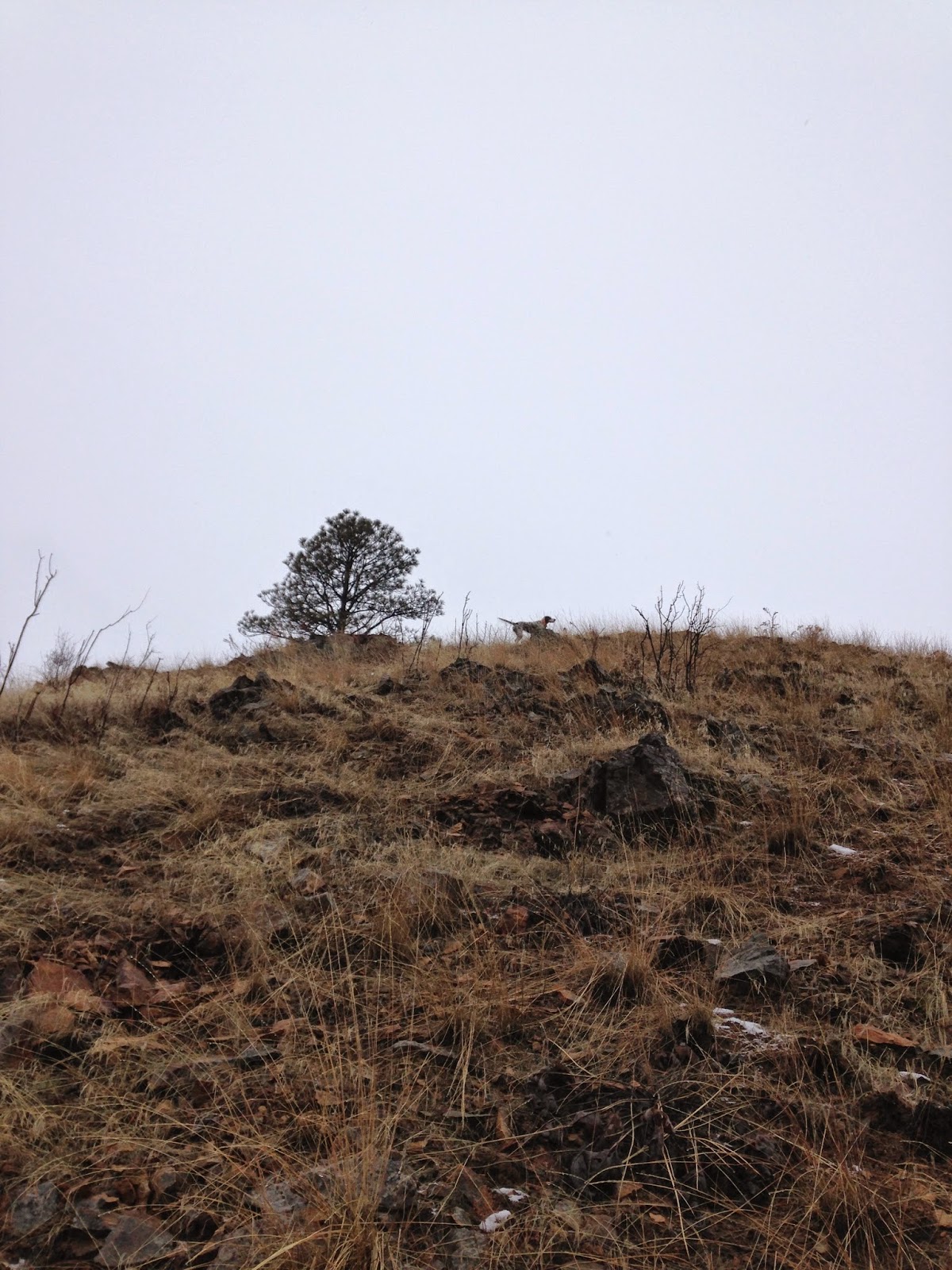 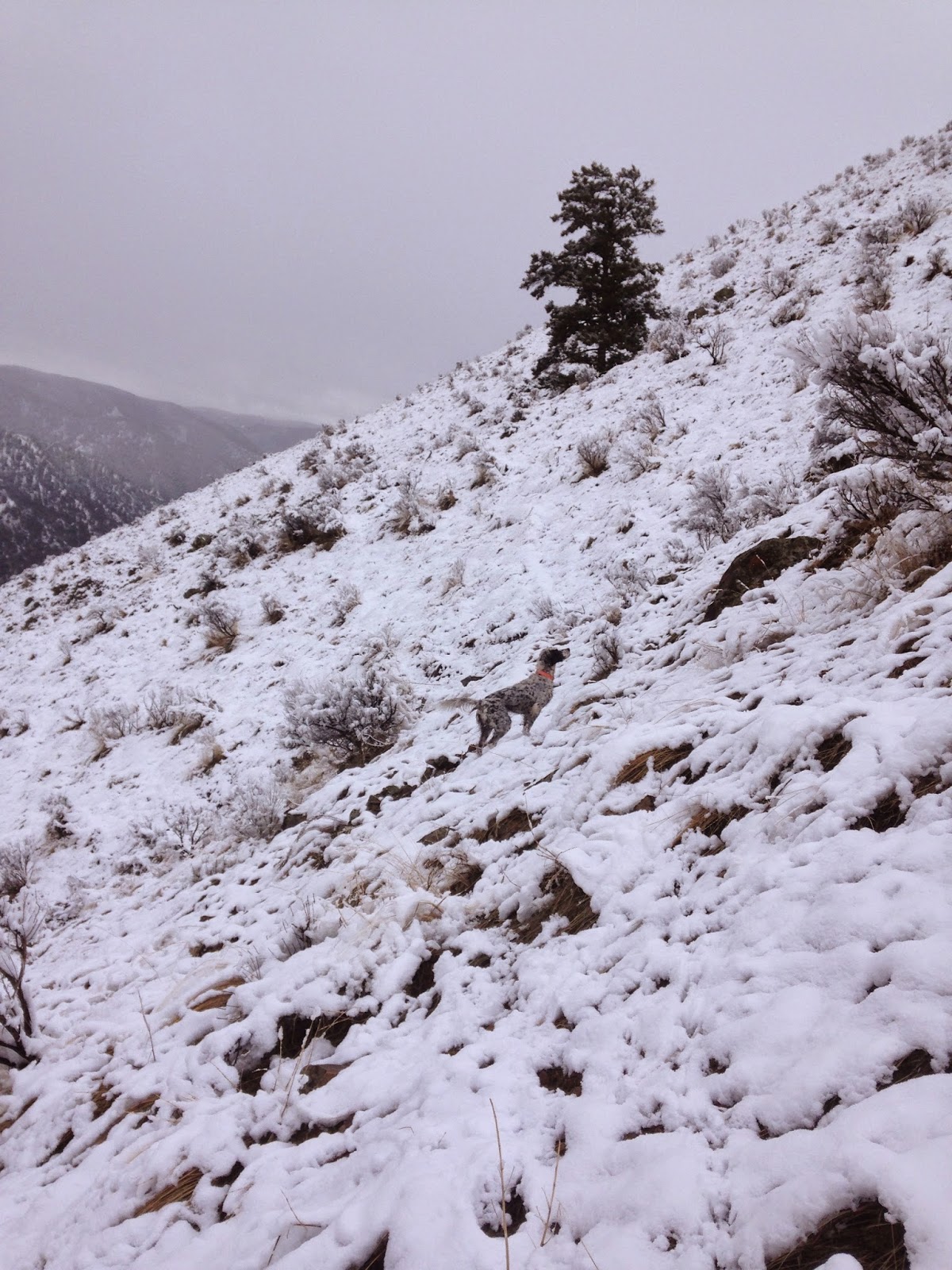 Posted by Hanson at 8:22 PM No comments: