Since I am most likely finished hunting birds for the year and didn't feel like driving 200 miles on icy roads to drill a hole through the ice to fish, I spent time reviewing the past 4 1/2 months of my hunting journals.  There really wasn't anything that stood out as a surprise, but overall, I am very grateful for what transpired. 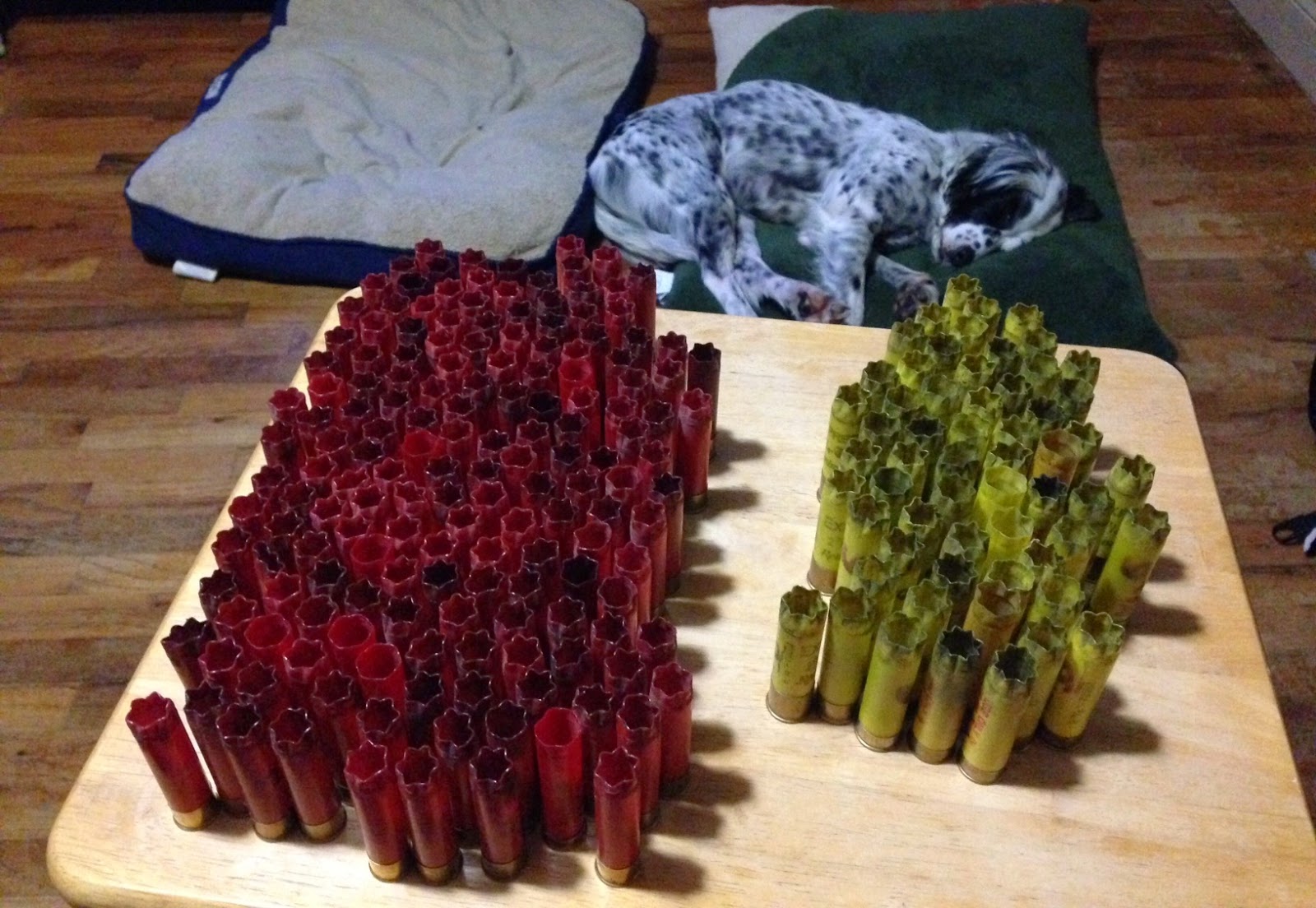 One sudden shift in my routine was the lack of pheasant hunting I did.  In fact, I only shot one rooster in Fergus County, where I reside.  I shot some birds in northeastern and eastern Montana in October, but I also made fewer trips that direction this year.  Day trips locally involved blue grouse and Huns, but a trip to MN for ruffed grouse and woodcock and a few trips west for chukars, also ate up some weekends.  Big game hunting can complicate things too, but I only hunted elk two weekends and hunted deer a couple of days around home.  I do enjoy elk hunting, especially having the meat in the freezer, but I also hate leaving the dogs at home.  Of all the bird hunting I do, pheasant hunting access is the most difficult, even in the middle of Montana, so it makes sense that my days chasing roosters diminished.

As an earlier blog post stated, I did hunt sage grouse one day and harvested one bird, mostly for posterity. It was a very keen reminder on how important big parcels of sage brush and the legacy of sage grouse hunting really is. I simply left the truck with the dogs and took off walking one direction in a large flat of sage brush, owned by you and me, administered by the Bureau of Land Management.  The hunt was plenty sporty, as the big bombers gave me a good challenge and kept flushing wildly. One bird was plenty, but I would hate to see that opportunity disappear.

I fell in love again with the chukar and everything it offers.  Again, all public land hunting, with nothing holding me back except daylight and how many miles I could physically endure in a day.  Challenging shooting, beautiful scenery and not a lot of competition.

I had never tracked the shots I had taken in a season, but since I had all of the empties in the garage from each of my outings, it was easy to tabulate the results.  By design, I used my 28 gauge three times as much as my 20, taking the latter out for pheasants mostly and toward the end of my chukar adventures.  The number of shots isn't important, nor is the number of birds bagged. But, over 200 shots on wild birds indicates that either 1) bird populations were strong 2) I hunted a lot or 3) I took a lot of shots because I needed to after missing the first shot.  Maybe all three apply.

Hunting with eight different people was also by design.  For those of us that have hunted since Reagan took office, we have learned that hunting alone is sometimes better than hunting with people that we don't click with.  Since the pillars of upland bird hunting are safety, dog work and brisk walking, it isn't much fun if one doesn't prioritize similarly.  Highlights were taking Ted M. to eastern Montana to shoot his first sharptail and seeing Dad shoot his first wild chukar at age 68.

Dogs.  I hunted harder, longer and more often than normal this season since my setter girls were age eight and ten. Everyday is precious at this point.  The two work together like a machine, backing each other when appropriate and covering ground at the perfect speed and distance.  They worked well in tight woodcock coverts, as well as the wide open of Idaho and Montana.  Tess is starting to show her age, but still hunted hard.  The girls made it through the season without any major injuries, the worse being some minor barbed-wire cuts.  We did have some rattlesnake encounters, but the dogs seemed to keep their distance out of fear or perhaps blind luck.

Overall, it was a good upland bird season. I am saddened that it is over. But, then again, there are a few seasons still open around the country.....

Posted by Hanson at 8:28 PM No comments: