Without a doubt, fly fishing is en vogue. Has been for quite awhile. It doesn't hurt when someone like Brad Pitt has a starring role in a movie where he has great hair and good skill on the water, neither of which I can offer.  If you look online, you discover endless videos, blogs and digital magazines with bearded, PBR-drinking hipsters landing trout in exotic locales such as British Columbia, Alaska,  Argentina, and Belize. (don't confuse hipster beards with Duck Dynasty beards. the former is well-trimmed, the latter ain't) Attend any local fly fishing film tour event and you see a whole lot of Simms and Subarus.

Bird hunting has never really had that demographic.  The average DIY upland bird hunter from my view is usually Bob Whitebread, the middle-aged teacher who hunts on the cheap, packs his lunches and buys his field loads at Wal-Mart. Bob isn't afraid to walk all day for a few chances at wild birds on public land.  Bob is a lot like my Dad who was a county worker his whole life and will go to his grave never having paid to hunt pheasants and wouldn't step into a Starbucks, mostly out of fear of not knowing how to order.

Age is also a big part of the traveling bird-hunting crowd that we all know.  Starting in about 1991, when I was limping to western ND from college in MN to hunt pheasants, I realized I was always the youngest bird hunter in the cafe's and $35 motels.  Youngest by a long shot.  Now that I am in my 40s, I am still often shortest in the tooth in upland circles.  I know- be careful what you wish for.  One day I will wake up and wish I could keep up with those whippersnappers in their 50s.  As we know from our dogs, life flies by.

The wingshooting scene might be evolving. Bird hunting is gaining steam as the grass-root, outdoor-active, organic-food,  sporting tradition that it is.  Michael Keaton is a bird chaser.  This past fall, Andrew Bourdain filmed an episode of his travel show in central Montana. Peyton Manning is reportedly a bird hunter, when he isn't setting NFL records.   And, when you get time, check out the work that Project Upland is doing.  The great video is being produced with the Ruffed Grouse Society in conjunction with hipster beards.

What does this mean? Is it good for the future of bird hunting?

I think it is. While many of us would rather not have more people show up to pheasant opener in Smalltown, ND, USA, we do need more hunters in our ranks overall, especially from urban areas.  There are many Hollywood elites or big city dwellers that think fly-fishing is a beautiful art, but view any form of hunting as cruel and barbaric.  If we can bridge that gap with a trendy, nouveau generation, than I am all for it. Even if they are cooler and younger than me. 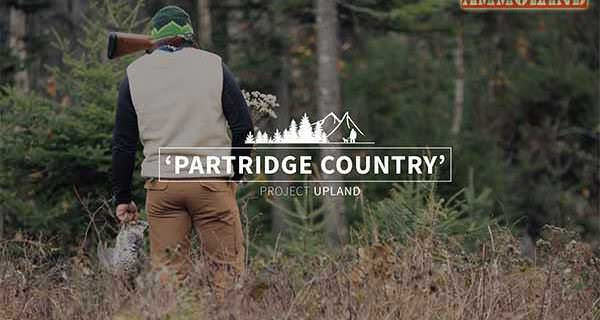