Playing It Safe With Another Native

Maybe I am just getting older, maybe slightly less of a "killer" or maybe I have seen things occur in the past that I envision happening again with other species.  Woodcock numbers have definitely declined since the mid-eighties, when they were so thick in northern Minnesota that if we didn't shoot a limit of five daily, it just meant that we had to be in church until noon that Sunday.  Now, the limit is three, the season is shorter, and we only shoot Timberdoodles to reward great dog work.
Sage grouse, well, their plight is very much center-stage right now.  While there are still very healthy populations across parts of Idaho, Wyoming and Montana, that season could be shut down permanently   at any time.

It didn't really hit home until last season, when some nonresidents at a local hotel had their dogs staked out while the pooches were being fed and their owners were swapping stories.   I was jogging with my own dogs so I walked over to converse.  Long story short, they all had found a fair amount of success in central Montana, hunting sharptails. All four gentlemen were headed home the next day with their four day possession limits of grouse.  In other words, four birds daily, for a total of 16. Completely legal.  64 sharptails taken out of a state as large as Montana, is not "biologically significant", as most upland bird experts or biologists would attest.  I concur.

However, is this one of those situations where we are proactive and play it safe, for the sake of the native bird and future generations?

I only have my first-hand, anecdotal evidence to base it on, but it does seem that Montana is increasing in popularity as a destination for prairie bird access. Similar to prairie chickens in South Dakota, wingshooters from all over the country make a trek to experience wide-open country that they don't have back home.  One difference is that the prairie chicken bag limits are smaller, at three birds allowed daily.

While CRP has been a huge boon to pheasants, it has also boosted sharptail numbers in many areas of Montana.  There was near-panic when pheasant numbers have begun to nosedive in South Dakota, following the loss of CRP acres the past few years.  The governor has called pheasant "summits" and Pheasants Forever has even opened their first regional office in the state.  If only sharptail would receive 1% of the attention of pheasants.  (do not take this as being anti-ringneck. I enjoy hunting pheasants as much as anyone)

My proposal? For now, treat them as conservatively as pheasants.  Three birds daily, three day possession.  In most views, that is still adequate, even for those folks that have to cough up plenty of cash for an out-of-state license.  And, if you consider that with pheasants, we are only shooting the males, bag limits that are equal might still not make perfect sense.  So far, I haven't had many takers on my suggestion, but contact me via email if you have any thoughts, for or against. 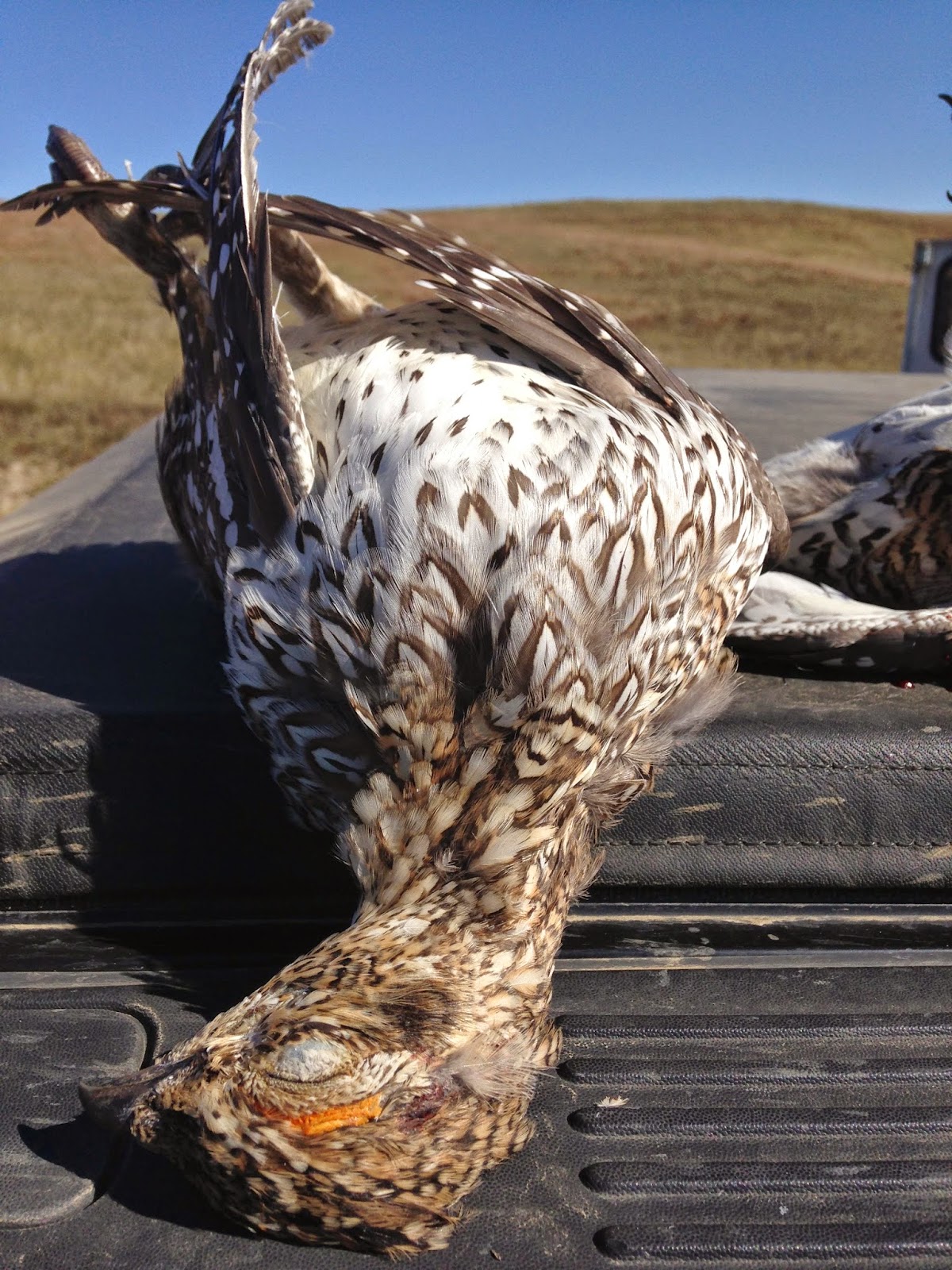